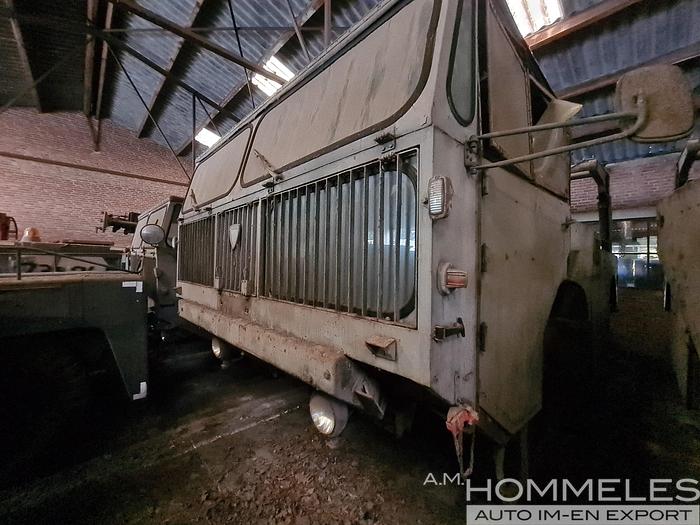 The GT 8/15 was developed at the end of the 1950s to improve the mobility of the Bundeswehr's light FH 105mm M2 A1 artillery guns, which until then had been moved in the field by M5 tracked vehicles. For this purpose, a concept was adopted in which the 105mm gun was not towed, but lifted onto the towing vehicle via the rear using a hydraulically operated bracket and then carried by the vehicle. The construction and function of the GT 8/15 resembled a civilian skip loader. 225 EA. GT 8/15 vehicles were built between 1959 and 1961.

The GT 8/15 proved to be largely unusable in several respects, so that the vehicle was taken out of service after about 10 years with the Bundeswehr. The concept of first towing a gun from the firing position to the equipment carrier in order to then lift and load it was too time-consuming and unnecessarily delayed the artillery's change of position compared to the conventional method, in which the gun is simply attached and towed to the new position without being loaded.

Furthermore, the GT 8/15 was technically very susceptible, so that the failure rate of the vehicles in the chronicle of the field artillery battalion 110, for example, is regularly given as 70%. Firing the 105 mm weapon from the vehicle was said to be possible, but firing the howitzer put a lot of strain on the carrier vehicle.